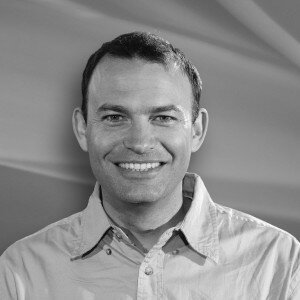 Here we begin our interviews with NETwork speakers. Juval Lowy is Microsoft’s Regional Director for Silicon Valley and had participated in the Microsoft internal strategic design reviews for C#, WCF and related technologies. Juval is a frequent speaker at the major international software development conferences and the author of several bestsellers.

Dear Juval, let`s go straight to the point. What should NETwork attendees expect from your talk?
In the span of an hour or so, I will try to not just teach them how to design software systems but also to fix the bad practices they have been doing so far.
In fact, my message can fit in four words. Truth often comes in such a distilled form. You may spend a lifetime striving to comply and understand those 4 words, but it is still just 4 words.
I will contrast it with the common way of designing system (which never works because it cannot work) and provide the mental tools for doing it right.

Why have you chosen .NET?
.NET was and still remains the best platform for business applications. Nothing else comes close when it comes to tools, integration, richness and reach.
That was even more the case some 16 years ago when I first heard about it. I was also privileged to be part of the C# design effort and later of the WCF design effort, so I can say from the perspective of the insider that especially WCF is a marvel of engineering, and nothing else (from MS or others) have ever come even close. The future looks bright for .NET with the ability to run on any platform and the new cloud service fabric.

What is your success recipe in IT?
I have developed a structured engineering-based approach for system and project design we call the IDesign Method. It allows you to produce the system and the project design in mere few days.
We have used it across hundreds of projects, and our customers the world over have done even more. For the system design we have identified the classic volatile area to encapsulate in a software system and structure relationships that come between them. We then produce the design of a project to build that system. The combination is like bringing a gun to a knife fight.

Juval will have online speech and will talk about Zen of Architecture at the NETwork 2015 conference, which will take place in Lviv on September 19th.
Register and sign up for more updates about NETwork 2015.