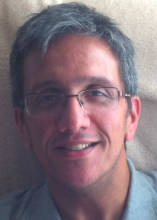 Our next interview is with Hadi Hariri, developer from Spain, whose passions are software architecture and web development. Hadi has been speaking at industry events for over a decade.

Dear Hadi, do you remember when you decided to be a developer?

I don’t think I decided as such. When I was around 12 I started copying computer source code for games from computer magazines. And that’s when programming piqued my interest. From then on I started writing applications and sold my first one when I was around 15 years old. The rest is history.

What do you find the most exciting about your job?

The power we have to create something out of nothing. The constant challenges. The continuous learning. We have one of the most exciting jobs in the world. We don’t appreciate it enough.

What is your role in JetBrains?

I lead the Developer Advocacy Team primarily and work on communication aspects, both internally and externally. A lot of my work, however, remains technical. Obviously, as a Developer Advocate one needs to practice what they preach. So while not daily, I’d say at least three times a week I’m writing code. And on weekends, of course!

Do you have any tips for those who would like to build a successful career in IT?

Well, it largely depends on what we call success, but I’d say: don’t pigeonhole yourself and don’t ignore soft skills. Communications and learning to deal with people are as important as being a great coder.

What should NETwork attendees expect from your talk?

A technical talk on the ins and outs of HTTP/2. So expect to find out what’s new and what you should know.